Company Kickoff Meeting All About Connecting in Support of Drivers

KNOXVILLE, Tenn. – Jim Peters recalls the first Kickoff Meeting he convened at TLD Logistics eight years ago. The gathering was small enough to fit around the table in the conference room.

When he called the troops together earlier this spring to recount the achievements of the previous year and talk about the ambitious goals for the year ahead it was standing room only.

The intention of the meeting, the TLD president explained, is to bring together everyone in the company who works in any type of support position for their most valuable asset – the drivers. This year, the company brought in another perspective – the drivers.

“I had been pushing the last couple years we should invite the drivers to this,” Peters said. “It took us a little bit of time, but we got to the point where everybody realized we do need driver involvement.

“The Kickoff Meeting is really the time where we bring everybody together and everybody makes sure the message is clear and concise: This is the place where the drivers are the valued resource that they should be and recognize that and we prioritize about how we’re going to make it better for our drivers. I think it was a good educational process to bring to all of our team.”

Connectivity with its employees has always been a priority at TLD and it’s a big reason the carrier has been named one of North America’s Best Fleets to Drive For four years running. Part of the evaluation process for the award includes interviewing 20 percent of the driver fleet, so if the drivers aren’t happy the company won’t win.

“TLD does a good job trying to understand what a driver actually goes through on a daily basis, which is really hard if you’re not actually out there,” said Dan Hookman, a company driver from Knoxville.

And this year the focus on their drivers is even greater. 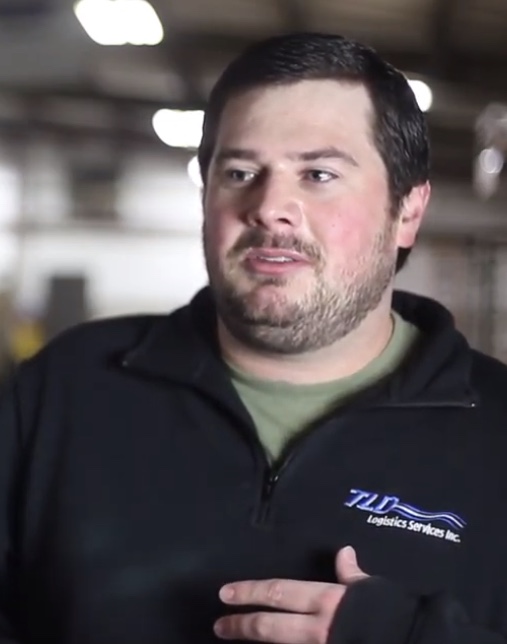 “What we talked about was the importance of understanding what all of the departments do together to try to make it better for the drivers,” Peters said. “Our emphasis was on trying to really create that picture of the importance of everybody working together and being connected regardless of which department you work in because our ultimate goal obviously is to support the driver and make sure what they need and that everybody’s working towards trying to fulfill those needs.”

Part of that connectivity this year was full transparency on everything from the generous investment by parent company Toyota Tsusho to budgets and benefits, from the importance and value of the 401k program to areas the company admittedly fell short of projections.

“I had a couple drivers come up after the meeting and say they were kind of surprised we showed that,” Peters said. “I told them I think you guys need to be aware of the end result of all the work that you do.”

TLD marked its 10thanniversary as an independent subsidiary of Toyota Tsusho last November. In Year 11, the company is marching onward with expectations of growing in the range of 10 percent over the next five years “and build it from there.” It continues on a track to replace 20 percent of its tractor fleet (Mack and Kenworth) every year and is in the midst of a seven-year trailer replacement plan that is ahead of the industry standard.

“The support is there,” Peters said, “and as long as we continue to show the progress that we’ve shown over probably the last three years the support going forward will continue to just take the company larger and make it a bigger transportation entity in the U.S.”